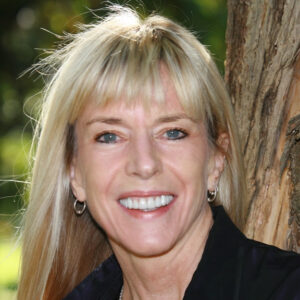 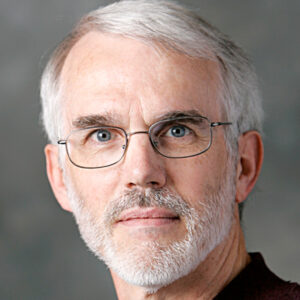 “Scientist and Practitioner: Dialogue or Hierarchy?”

In our interdisciplinary societies in voice, we emphasize the importance of cross-domain partnerships to advance knowledge and service.  However, the regrettable perception exists that practitioners – including clinicians, voice teachers, and voice and speech coaches – are granted access to the presentation platform only when their work is grounded in traditional scientific method including so-called “objective” outcome measures.  In this presentation, we join forces to discuss the critical importance of dialogue among scientists and practitioners as opposed to hierarchy.  We emphasize the importance of a true alliance not only socially; we also draw on hard data from cognitive science pointing to non-conscious implicit, procedural knowledge and expert pattern recognition.  We further draw on the well-established discipline of narrative psychology to talk about the different languages we can use to express veridical knowledge in laboratory science vs valid lived experience.  We make preliminary proposals about how we may strengthen truly bidirectional partnerships whereby not only science-informed practice, but also practice-informed science is deeply recognized.  The presentation will be followed by panel and break-out discussions among members that we hope will ultimately address the challenges and lead to practical solutions to redress current imbalances.

Katherine Verdolini Abbott, PhD, CCC-SLP, MDiv, is Professor of Communication Sciences and
Disorders at the University of Delaware. Her clinical master’s degree in speech pathology was
completed at Indiana University (1983), and she completed her PhD in experimental psychology
at Washington University (1991). Her primary clinical and research interest is voice and voice
disorders. Her interest in voice stems from her own prior career in vocal performance, which
spanned a variety of genres from classical to musical theatre, folk rock, and Renaissance music.
Her research history includes inquiry into effects of hydration on voice, emotions and voice,
cognition and motor learning in voice, wound healing, exercise physiology, spirituality, and
clinical trials in voice therapy. Current research centers on cognitive and physiological
mechanisms in pediatric voice therapy for children with vocal fold nodules.  Her work has been
funded by the National Institutes of Health since 1997.

She currently advises six PhD students in her lab, as well as a post-doctoral researcher and a
variety of doctoral students in less formal capacity around the world. In addition to her work in
communication sciences and disorders, Dr. Verdolini Abbott completed a Master of Divinity
degree at Pittsburgh Theological Seminary and is an ordained minister in the American Baptist
Churches.

Kenneth Bozeman, Emeritus Professor of Music, tenor, holds performance degrees from Baylor
University and the University of Arizona. He subsequently studied at the State Conservatory of
Music in Munich, Germany on a fellowship from Rotary International. He taught voice at
Lawrence University from 1977-2019, where he was chair of the voice department and taught
vocal pedagogy for 26 years. Mr. Bozeman received both of Lawrence University’s Teaching
Awards (Young Teacher Award, 1980; Excellence in Teaching Award, 1996). He was awarded
the Van Lawrence Fellowship by the Voice Foundation in 1994 for his interest in voice science
and pedagogy and is the chair of the editorial board of the NATS Journal of Singing. His former
students have participated in opera internships at Sante Fe, Tanglewood, Seattle Opera,
Houston Grand Opera, Central City Opera, and Utah Opera, and have sung with Houston Grand
Opera, Boston Lyric Opera, Opera Colorado, Washington Opera, Wolf Trap Opera, Seattle
Opera, Deutsche Oper Berlin, Dresden, Oslo, New York City Opera, San Francisco Opera,
Chicago Lyric, the Metropolitan Opera, and Santa Fe Opera

Mr. Bozeman was an active performer of oratorio, including singing the tenor roles in the St.
Matthew and St. John Passions, the Christmas Oratorio, the B Minor Mass, the Magnificat, and
various cantatas of Bach, Handel’s Messiah, Haydn’s Creation, Mendelssohn’s Elijah, and
Vaughn Williams Hodie. He has performed with the Milwaukee Symphony, the Wisconsin
Chamber Orchestra, the Green Lake Music Festival, the Purgatory Music Festival of Colorado,
the Louisville Bach Society, the Historical Keyboard Society of Wisconsin, and on Wisconsin
Public Radio’s “Live from the Elvehjem.”